Home » Stanis Smith » Rise of the Aerotropolis: 21st Century design and the airport as a city
× Share this Article

Once utilitarian structures that only processed people and luggage, airport terminals are now multi-use destinations.

The first powered flight took place in 1903 and it’s remarkable to reflect on how air travel has transformed in a little more than a century. In the 19th century, rail was the major form of transportation. The central focus of cities was often the railway station, many of them being iconic structures like Grand Central Station in New York. The railway gave way to the car during the 20th century, when investment in infrastructure shifted to roads, bridges, and parking garages.

In the mid-20th century, air travel became more common. But with few exceptions, airport terminals were utilitarian structures that clearly announced that their singular purpose was to process passengers and bags efficiently, but not much else. Attention to architectural and interior design quality was largely absent, as were any gestures to integrate the airport with the broader community.

The Airport as City
But as air travel has become more common and affordable, airports now rank amongst the most visible public infrastructure projects, serving as the “front door” to the cities and regions they serve. Airports are major economic drivers that include hotels, conference facilities, retail opportunities, and attractions such as golf courses, performance venues, visitor centers, and even—as in Munich—ice rinks. We’re now witnessing a fascinating trend of airports differentiating themselves through design.

All of these trends are transforming airports into cities – or “aerotropolises” – that offer a diversity of mixed uses that go way beyond transportation. Airports are becoming destinations. Witness the massive investment that is currently under way as Frankfurt builds a large retail and mixed-use complex adjacent to its terminals.

What this Means for Airport Terminal Design

Airport Terminals in the 21st century have to be more responsive to an airport’s relationship with its city and community, more sensitive to the needs of the entire population, and more sustainable. None of this means that the functional, technical, and maintenance aspects of design should be underestimated or overlooked. Airports are airports first and foremost, and need to meet the needs of operators, airlines, tenants, travelers, and many other stakeholders.

As we enter into this new era of travel, airport design has really taken off – and, for anyone who spends a lot of time in airports, it has been a most welcome change of scenery. 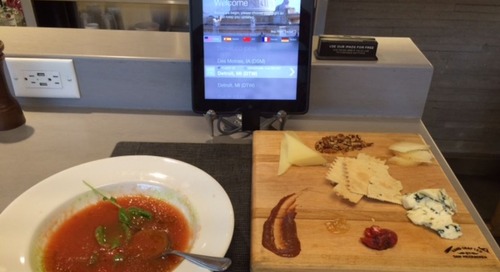 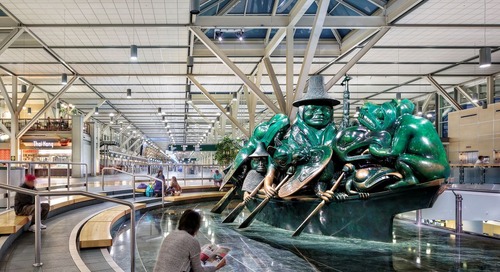 The easier the experience, the less stressful air travel will be 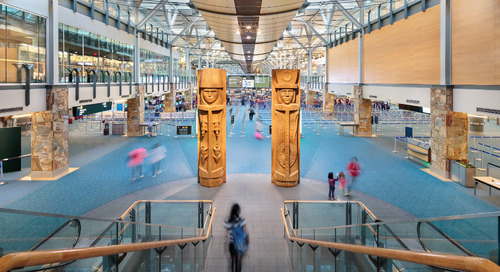 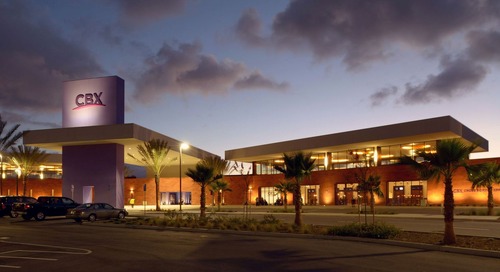 A project without borders

Patience paid off in realizing the Otay-Tijuana Cross Border Xpress, the first cross-border terminal of its kind 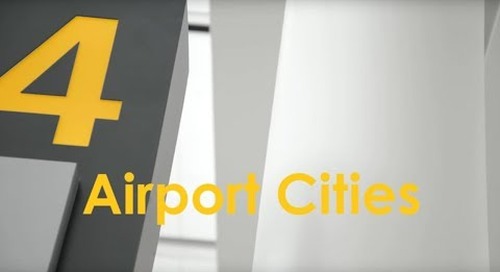 A seasoned traveler’s experience with technology, cheese platters, and a surly figure known only as “The Artisan."

The easier the experience, the less stressful air travel will be 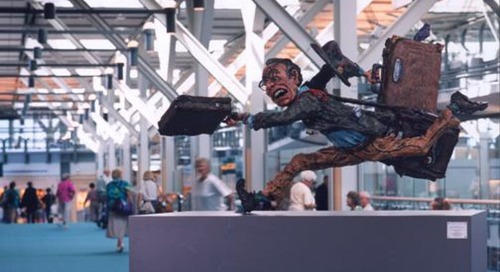 Experiencing the trials and tribulations of travel makes for better airport design solutions. How one designer's harrowing business trip influenced him to focus his designs on the traveler.