Show me the money: Why complete streets make economic sense

The economic benefits of walkable cities are often overshadowed by the health benefits – but they shouldn’t be.

We know that walking and cycling can help extend and enhance your life, but we seldom think about how these two modes of travel – collectively called ‘active modes’ – can enhance business opportunities. But if more cities and towns took a hard look at the numbers, I think they’d see there is a strong case for creating complete streets in their communities.

Cycling alone contributes an estimated $133 billion annually to the U.S. economy, supporting 1.1 million jobs and generating nearly $18 billion in tax revenues. But for our purposes, the key statistic is this: bicycling generates nearly $50 billion for non-cycling-sector businesses in the form of meals, hotel lodging, clothing, and entertainment.

The research on this topic in my home state of North Carolina is spearheaded by an oft-cited report released by the Institute of Transportation Research and Education (ITRE) studying the effects of cycling in the Outer Banks: cycling investments are returned nine-fold by extending vacations, drawing new vacationers to the area, and encouraging them to return again and again. Cyclists tend to have higher-than-average incomes and educational levels, facts that businesses should be aware of when thinking about creating bike-friendly atmospheres (adding a $350 loop-and-post bicycle rack out front would be a good start). And you don’t have to be a big city or a big tourist destination to realize economic benefits: the tiny town of Scotland Neck, North Carolina pulls in a couple hundred visitors each year with their County Roads bike tour. Many of those people buy gas, hotel rooms, food, souvenirs, or all of the above. 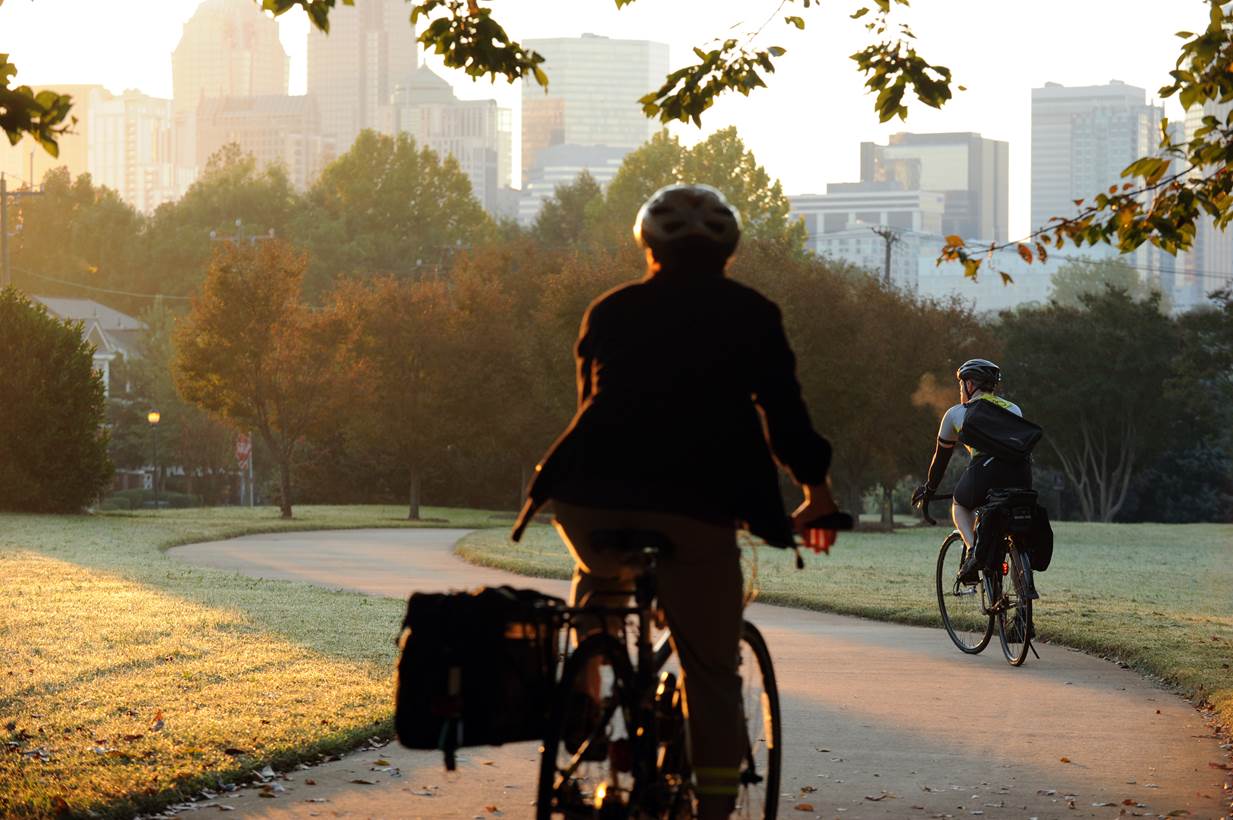 And what about other economic benefits from active trails? A study from Minnesota suggests that property values increase because of trails: 70% of real estate agents surveyed use trails as selling points for homes, and over 80% thought that they would make a home easier to sell. The Indianapolis Cultural Trail has seen property values within a block of this eight-mile urban trail increase by 148% since it opened in 2008. (Notice how we don’t have to mention bike-walk icons like Portland or Boulder even once to demonstrate this point?). Another study conducted in Baltimore notes that 11-14 jobs are created for each $1 million in pedestrian and bicycle infrastructure. Finally, in November 2011, the National Institute of Environmental Health Sciences released a report that if half of short trips (less than five miles) were made by bicycle the results would include reducing deaths by 1,295 persons and $3.8 billion per year in 11 upper Midwestern metropolitan areas. Some of these studies and others are contained in the recent Urban Land Institute report, Active Transportation and Real Estate: The Next Frontier.

These benefits are hard to ignore, especially in an era when many people and communities are striving to save money, reinvent themselves economically, get older without fearing a loss of mobility, and improve their health.

The old mantra that walking and cycling advocates – and not that many other people – used to say was, “Biking and walking are good for you.” Now we see institutions like the Urban Land Institute, mayors of cities of all sizes, and increasing numbers of everyday people say, “Biking and walking is good for us, our economy, and our community!” 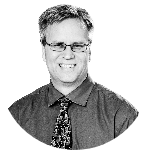 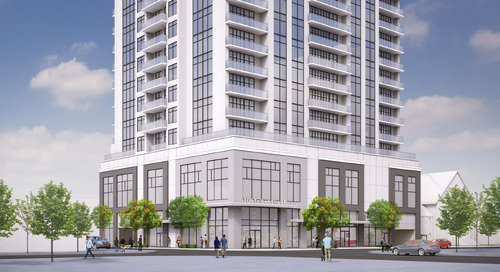 City building: How to use place-making to get intensification right 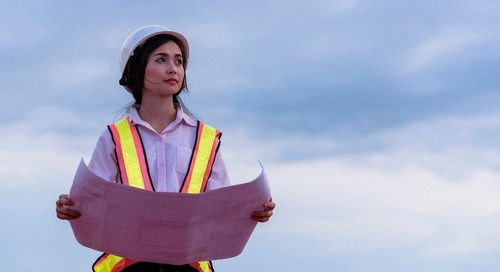 Want to make the world a better place? Try a career in engineering.

Choose major (and a life) that makes an impact.