More airports are asking passengers to check their own baggage. What’s the ripple effect?

Many of us can probably remember a time before self-checkout lines were commonplace in grocery stores. Today, we see self-checkouts in just about every major grocery store chain in North America. Do you embrace this technology and take your checkout destiny into your own hands? Or do you rely on the trusted professional behind the counter?

At many airport terminals today, passengers face a similar decision. Self-service bag drops are becoming increasingly prevalent, and many of the world’s major airports have now implemented them in some form.

Airports are living, breathing facilities with layers upon layers of rules, regulations, and personnel—and they never sleep. Airport baggage handling systems, when designed well, are precisely calibrated to handle high volumes of baggage during peak travel seasons. Many challenges lie ahead for airports that are contemplating how best to introduce new passenger-driven technology to their terminals. You might be surprised at how far-reaching the ripple effect can be when you try to simplify just one process, like baggage. 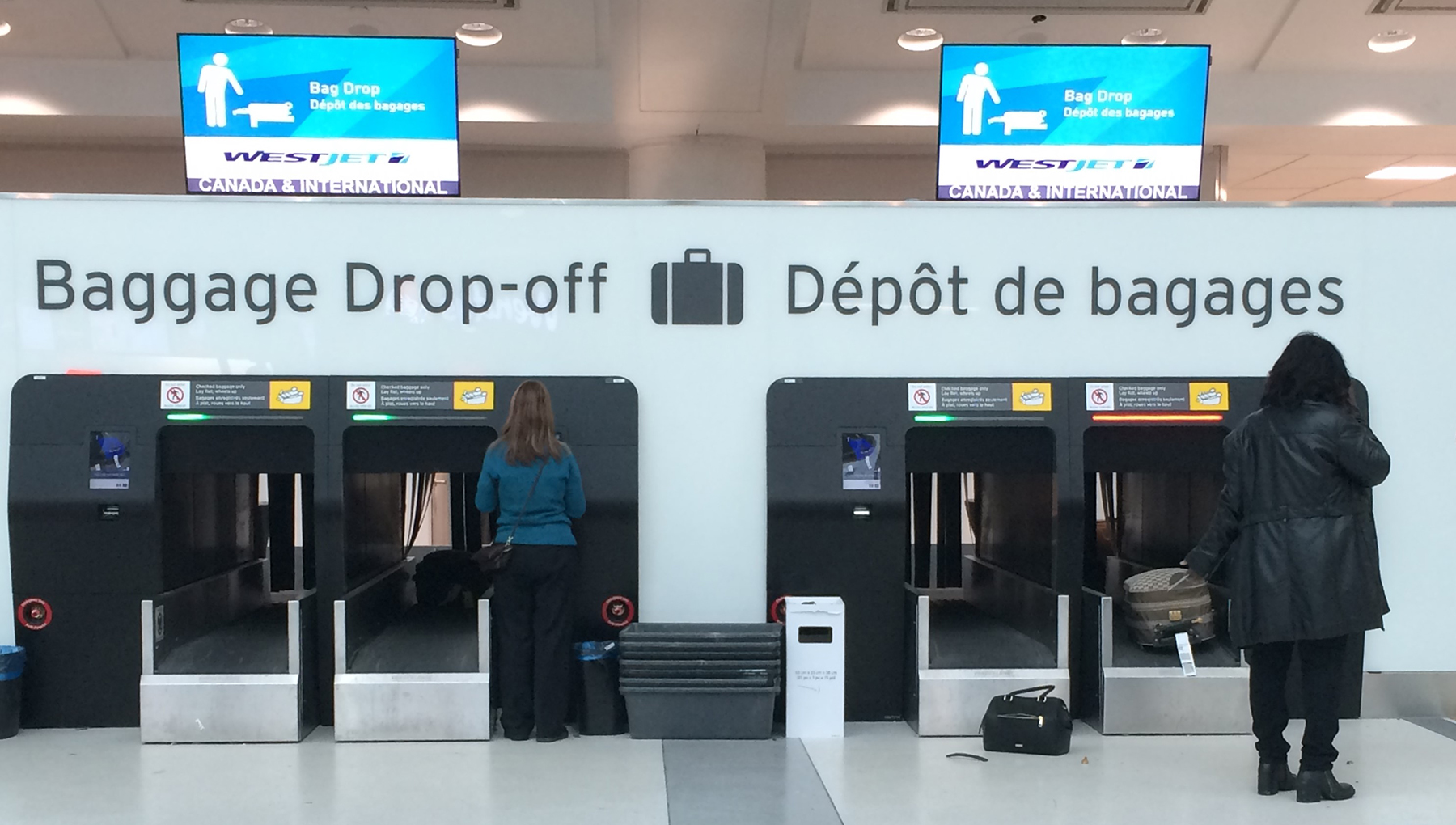 One of the benefits of self-service bag drops? Shorter queues, which reduces stress for everyone involved.

The basic concept is simple: Put the passenger in charge of checking their own baggage.

Anyone who is accustomed to air travel will be familiar with the following four steps for checking in to a flight with checked baggage:

_q_tweetable:If you’ve ever had to wait in a long queue just to check your baggage, then you’ll appreciate this new process immediately._q_Traditionally, a passenger would show up at the airport with photo ID and proceed to a check-in desk, where an airline agent would take care of steps 1 through 3.

Today, many passengers will arrive with boarding passes in hand, having checked in online and already printed their pass at home—or downloaded it to their smartphone. Others will use check-in kiosks at the airport to print both their boarding pass (1) and bag tags (2) immediately upon entering the terminal. Some European- and US-based airlines allow for printing of bag tags at home as well.

Self-service bag drops put steps 1 through 3 into the hands of the passenger. The passenger is required to follow instructions from on-screen prompts given by the check-in kiosk and self-service bag drop. Once the process is complete, conveyor belts whisk away their bags and a message prompts the passenger to proceed to security. One or several airline agents will be posted nearby, either in the open or behind a service desk, to assist passengers.

There are two major reasons why so many airports are willing to foot the bill and face the learning curve that inevitably comes with self-service bag drops.

First: Speed. If you’ve ever had to wait in a long queue just to check your baggage, knowing that you haven’t even made it to security yet, then you’ll appreciate this new process. Average check-in times, measured from when you approach the counter to when you leave and walk to security, are typically measured in minutes. With self-service bag drops they are measured in seconds. This results in shorter queues, which reduces stress for everyone involved, and has a positive impact all the way down the line, through security and right to the gate. 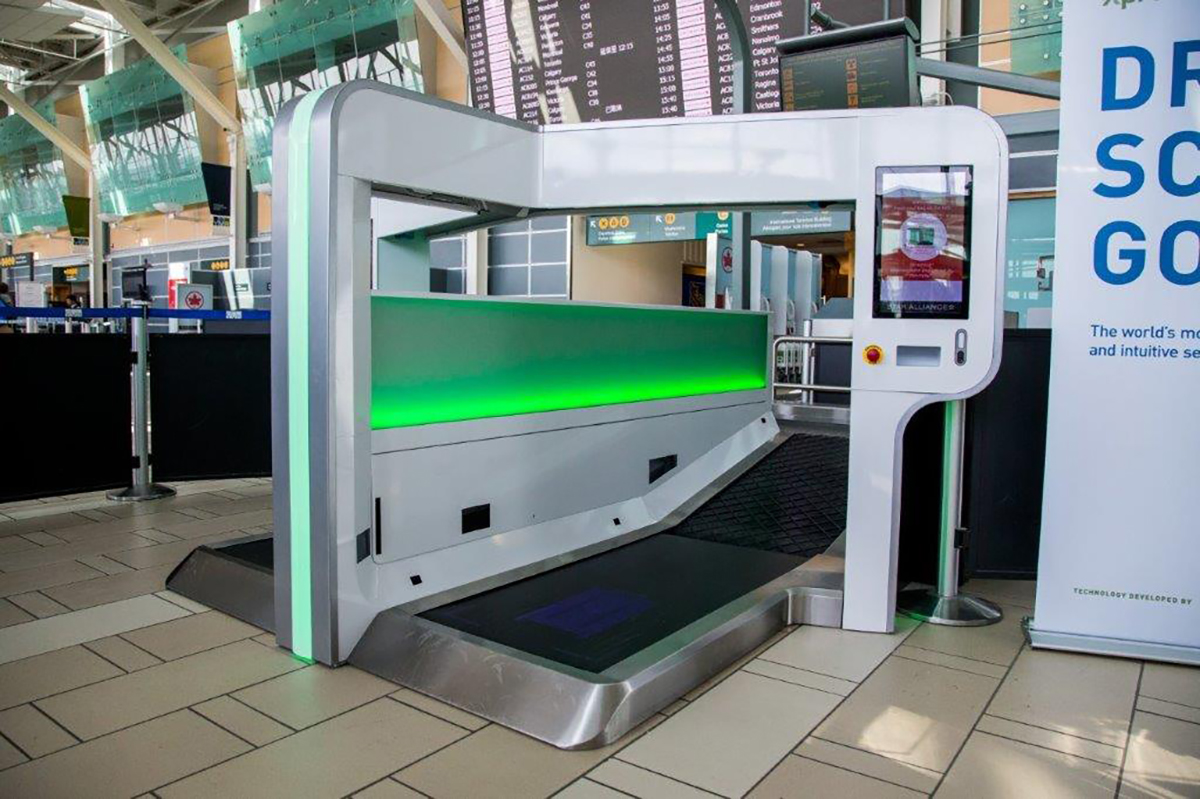 An example of a self-service bag drop at Vancouver International Airport.

The benefits that come with putting baggage check-in into the hands of passengers are significant, but numerous obstacles must be overcome before they can be fully realized.

If this were an exhaustive list, we could go on to talk about the challenges of bag jams, software programming, equipment failure, system error reporting, and baggage systems operator response times. Every airport situation is unique, and we are constantly confronted with new challenges as we try to speed up airport baggage check-in. 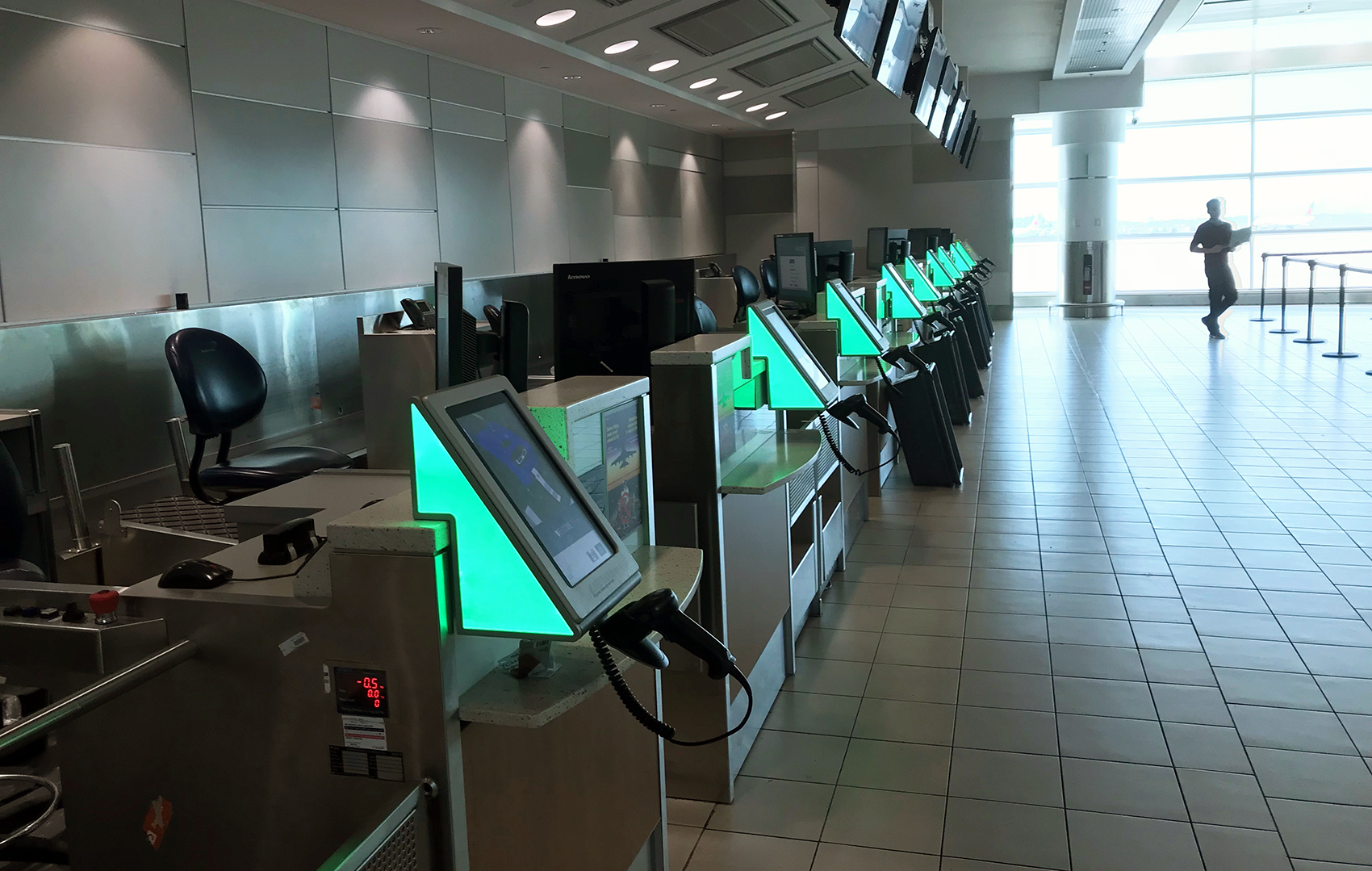 Self-service bag drops are becoming increasingly prevalent, and many of the world’s major airports have implemented them in some form.

So much of our modern infrastructure has been the subject of entire lifetimes of intense scrutiny, and airport baggage handling systems are no exception. The next time you check your own bags into a conveyor system at an airport terminal, perhaps you’ll notice some detail you hadn’t before. When you do, consider the fact that a team of project managers, engineers, and designers probably spent many hours poring over that detail and trying to make it harmonize with the thousands of moving parts that are the people, processes, and technology that bring an airport to life. 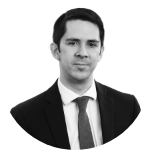 Matt is a member of the Industrial Building Group for the past nine years, based in Waterloo, Ontario. Matt most recently has served as a conveyor specialist, designing baggage handling systems and other conveyor systems for our clients, including international airports. 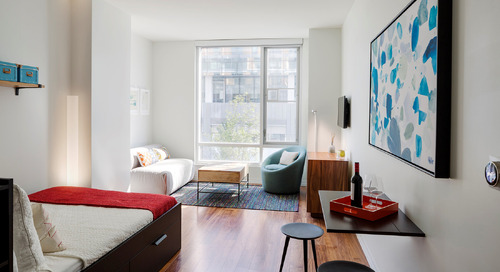 Micro-lofts have been a fast-growing trend in urban areas, but can they work well in the suburbs too? Our e... 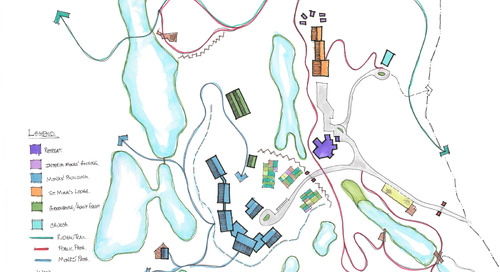 From ancient to contemporary: How to design a monastery in the 21st century 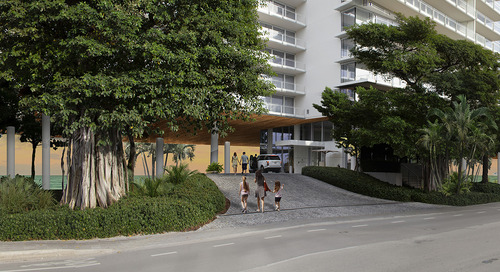