In order to engage the public in a real, in-depth conversation about the design of our cities, the power of virtual reality (VR) has proven to be priceless in its ability to create an immersive experience that resonates. At Stantec we’ve embraced emerging technologies like VR to enhance workflows and optimize our design process.

We’ve created these interactive digital experiences for new projects like schools and healthcare intuitions to help building owners and end-users tour and interact with spaces before completion. However, I’ve been especially inspired by the potential of VR to help us as architects and designers to connect with the community, support collaboration, and spark meaningful conversations about our built environment. 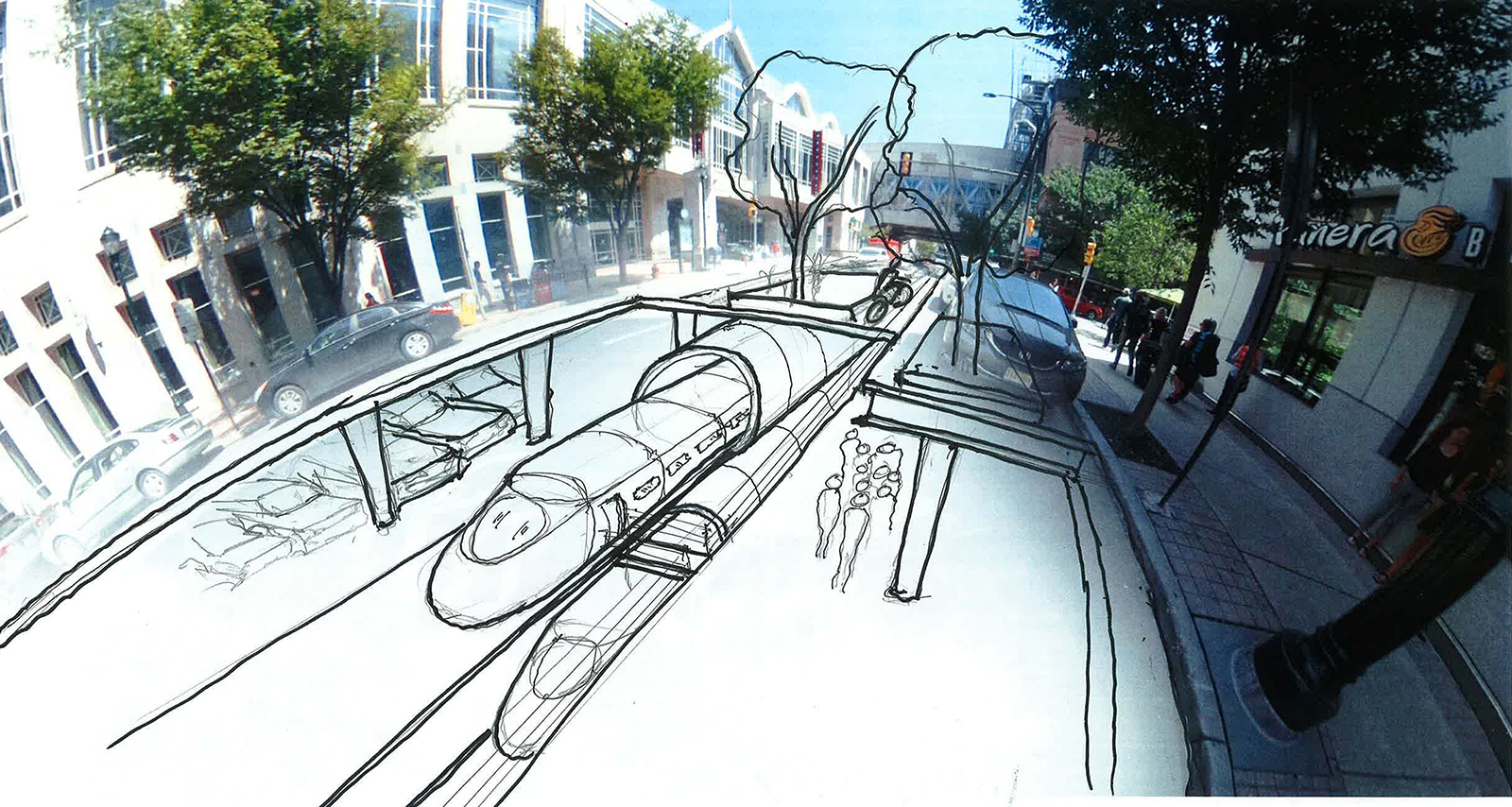 Quick sketch overlay to understand the VR visualization that our Philadelphia team completed for PARK(ing) Day in 2017. This represents the city as a "Tech Utopia."

A fresh approach to an annual event

For more than a decade, PARK(ing) Day has captured the imaginations of designers, makers, and artists to reimagine the urban landscape and to illustrate how we may collectively harness the overlooked potential inherent in the design of our cities.  Occurring every autumn, this international event aims to raise awareness of the need for green space in urban environments. It inspires creative minds to transform metered parking spaces into temporary public parks. Indeed, these thoughtful interventions generate a critical dialogue around how public space is created and allocated, as well as ways we may improve the quality of our habitat.

In Philadelphia, our team approached PARK(ing) Day 2017 with a fresh approach.  Instead of spending countless hours on an installation that could engage the public on a single day, we endeavored to produce an installation that engaged the community in a broader conversation about the future of our city. 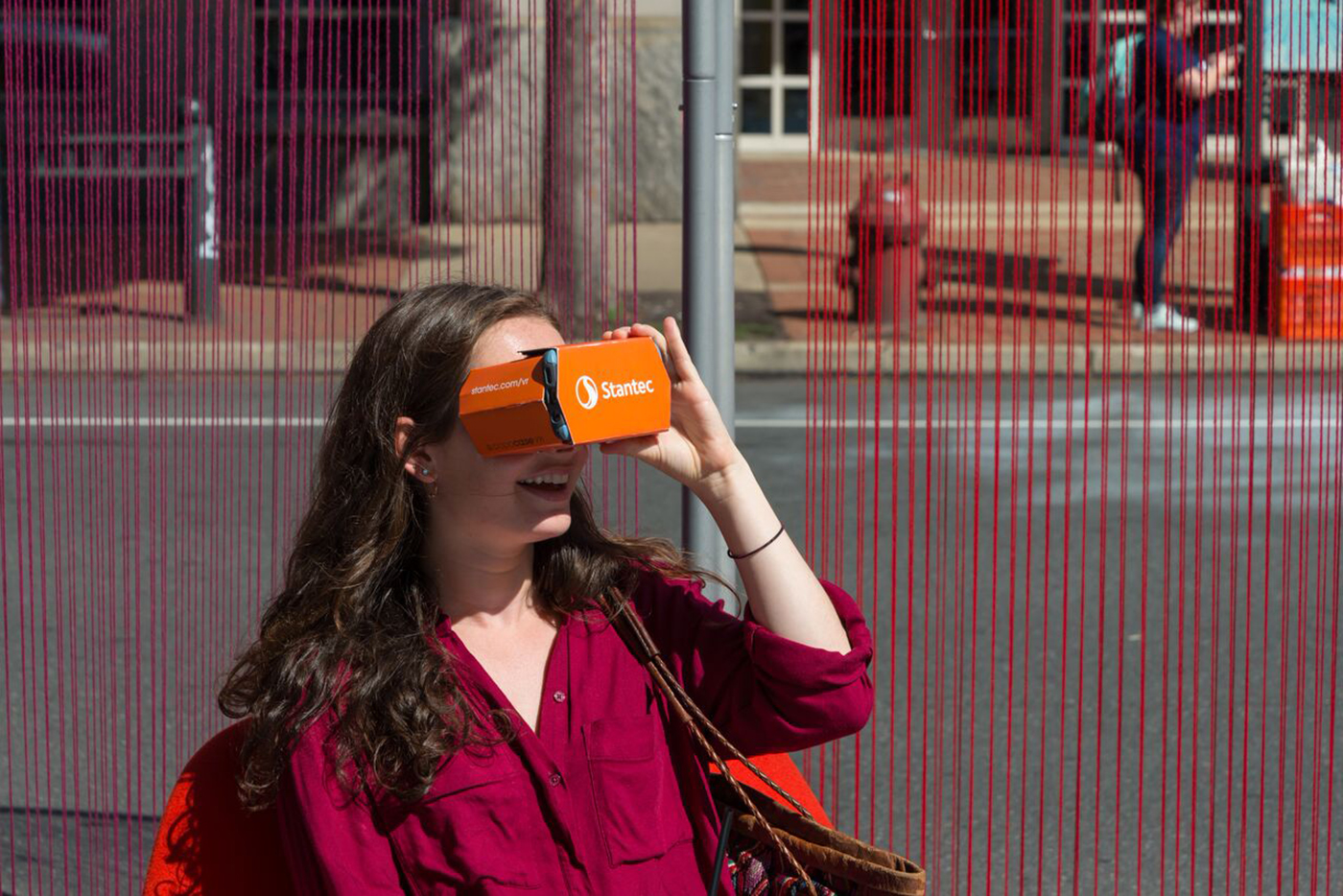 With this goal in mind, we created three VR experiences to explore the potential consequences of our collective decisions—both good and bad—and what that may impose on future generations. The experience was meant to provoke and inspire viewers to think critically about the current issues we face regarding urban green space, global climate change, and sustainable _q_tweetable:I’ve been especially inspired by the potential of VR to help us as architects and designers to connect with the community, support collaboration, and spark meaningful conversations._q_design. Each of these virtual visions could come to be our reality, and as designers and engineers, we believe in humanity’s ability to come together to strive toward a greener, healthier, and more sustainable built environment.

Rather than focusing on creating one temporary environment, this approach allowed us to create three very possible future scenarios that would live on and spur further public discussion and engagement on this critical topic.

Collaborating on a Vision

To harness this new technology, our Philadelphia-based team (including Mark Adamiak, Chesenia Burgos, Kyle Burke, Dominique Hayes, Rachel Thurston, Emily Wylie, Abbie Gall, Zilda Hijazin, Eric Konopka, Stefan Lesiuk, Kristin Shiffert, and Collin Beers) reached across the country to our Stantec office in Los Angeles. There, our colleague Brendan Mullins has produced a wealth of research as part of Stantec’s Creativity & Innovation program. Brendan was instrumental in educating us in the latest tactics for production, functionality, and user experience.

With SketchUp, Enscape, and Photoshop (and even a few hand renderings) we split into three groups to brainstorm the design of our possible futures and then produce quick concept sketches. From there, it was full-on production mode as the final renderings were cranked out using a workflow that transitioned from spherical renderings to exploded cubes, and then back into spherical renderings.

In the 2020s, Philadelphians became indifferent to climate change mitigation. Generation Z lost all interest in creating a better planet, annoyed by the “preachy” millennials in their families.

In the great drought of 2028, the city exported fresh water to suffering cities until the surrounding rivers and water tables ran dry. The former Delaware and Schuylkill rivers became solid masses of clay and sludge, and the dry soils plague the city with regular hybrid sand-pollution storms.

Autonomous cars are now the only option because subways long ago became filled with trash that the city no longer bothers to send to landfills. If residents walk, they are forced to step on fast food wrappers and bottles—and need a mask to breathe.

“Possible with the Right Leadership”—Philadelphia 2025

In 2018, Philadelphia residents gathered, with the help of architects at Stantec, and came up with ways to make Philadelphia a more human-friendly place using “tactile urbanism” methods.

They built planters to separate car traffic from cyclists, which provided a pollution-free, safe, inexpensive alternative to car travel. At the same time, drivers slowed to smell the roses and pedestrian injuries by car plummeted.

Residents organized a group to regularly care for the plants and to enforce litter laws using computerized drip irrigation and robots that gave people the stink eye.

Solar energy incentives encouraged building owners to cover their roofs with photovoltaic panels and plant green roofs. The electricity sold back to the grid lessened pollution from combustion energy and shaded the roofs and sidewalks, reducing the city’s cooling loads. The air became more breathable, and the city much healthier and human-friendly.

In 2018, Philadelphia was considered the perfect place for a large tech company’s second headquarters. After the first tech company came and showcased Philadelphia’s potential for innovation and commerce, several followed and the city became known as “Silicon Valley East.”

Among many gifts to the city from the tech companies, one included the first US-to-Europe Hyper Tube train, followed by the US-to-Africa and US-to-Antarctica, turning Philadelphia’s Reading Terminal into the “New Ellis Island.”

Plants now cover streets that were once used for cars. All Philadelphians walk, hovercycle, or hoverboard to work or school and are among the healthiest people in the world.

The city uses 100% solar, wind, and oceanwave energy. There are so many plants that residents brag about having the best air quality in the world. Not surprisingly, Philadelphians were voted the “Happiest People on Earth” for the third consecutive year in 2049.

Installation and feedback from the community

During PARK(ing) Day, the community was invited to view these experiences through a pair of goggles or from their own phone with a QR code. There was a single chair, but often multiple people were standing in one spot peering around in all directions. The material (both the visuals and the written narratives) were intentionally provocative to start a dialogue. And afterward, we asked the public to vote for their preferences and gauge their reactions, with many participants voicing concern over the worst-case-scenario option and sparking interesting discussion on the influence of technology on our interactions with the environment. 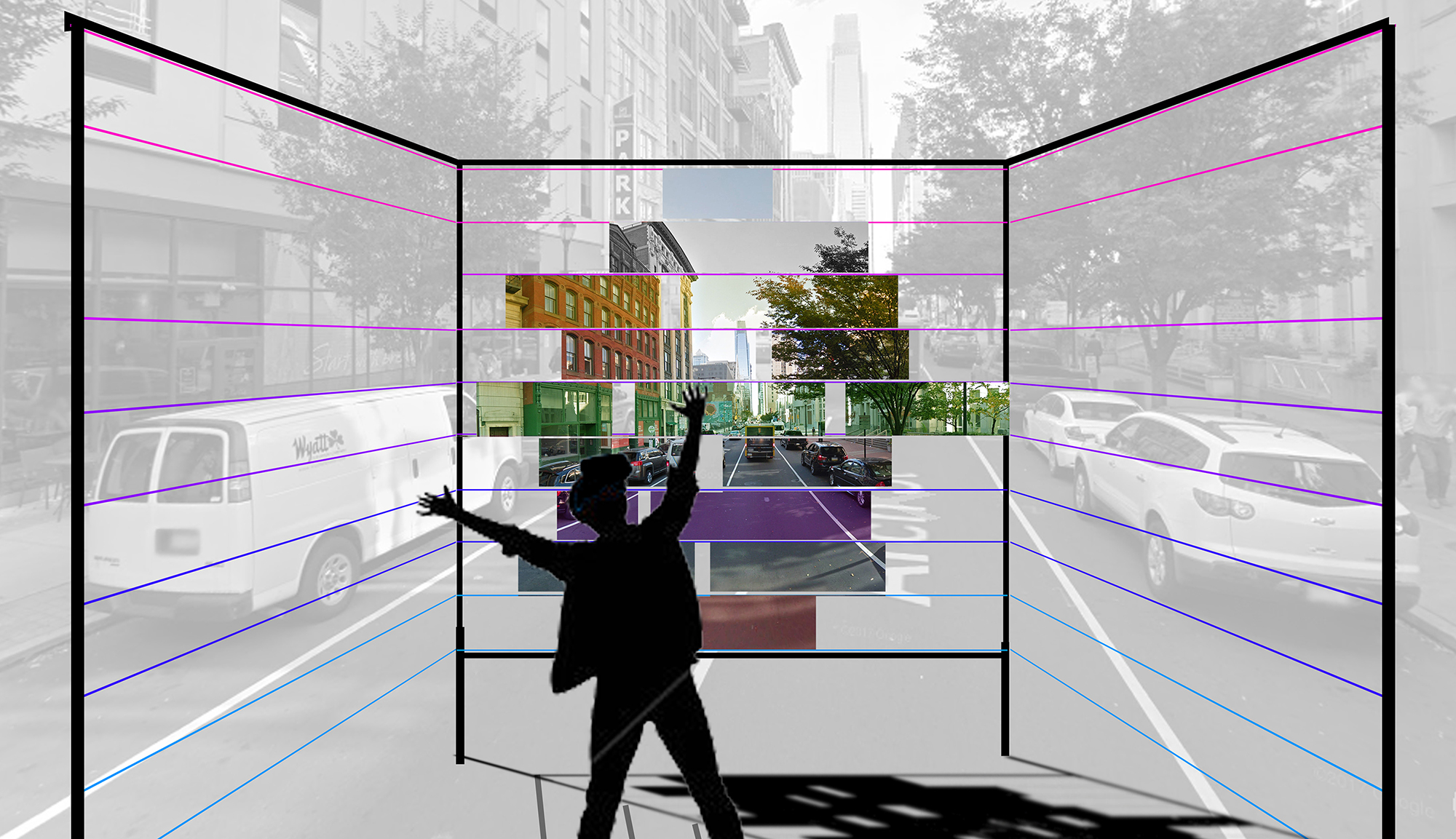 What we found to be most rewarding with this project was the community engagement we achieved in response to the greatest design challenge of this century—the design of our cities. What better way to spark a discussion around the impact of our actions (or inactions) on the environment than to have people actually experience the various implications for themselves. Talk about a priceless experience! 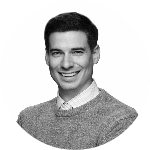 Adam Ferrari sees himself as a design activist—someone who motivates others to take control of the power inherent in design and transform the world. Through professional and volunteer activities, Adam has been a passionate advocate for quality design in the built environment—to be better at translating the needs of a community. 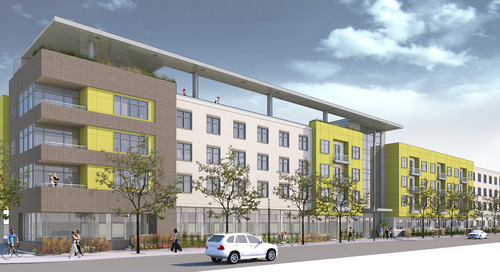 What does affordable housing look like in a thriving metro area? 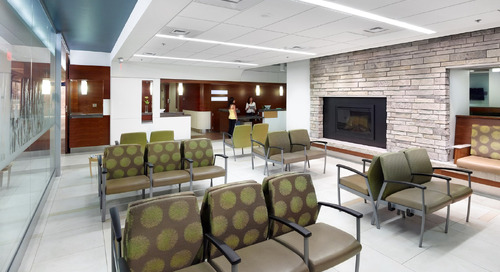 Designers can incorporate simple elements to make a trip to the hospital better for patients and their fami...