We’ve known for a long while that dam removal is important for many reasons. In my years at Stantec, there’s been a growing movement to remove dams where the costs – including environmental, safety, and societal impacts – outweigh the benefits, or where a dam no longer serves any useful purpose. However, in recent years, an interesting shift in public thinking is changing the motivation behind some of our largest dam removal and river restoration projects.

Although dams do provide some benefits, such as drinking water supply and a barrier to invasive species, a large portion of dams that once served a purpose are becoming obsolete. Dams can create a safety hazard for people and are also an ecological barrier, meaning a barrier to fish migration, and in turn, a barrier to freshwater mussel life. This does not promote a healthy stream system.

In light of these hazards, a significant factor in recent dam removal efforts is to restore the rivers and the natural flows for fish and wildlife, and reinstate the natural sediment and nutrient flow. We’ve seen a desire from the public to restore their surroundings back to their natural state.

But, the most interesting push for river restoration and dam removal in urban areas has been the shift in the public’s thinking to embrace their local waterways and activate the riverfronts. In the past, communities would shun waterways in their towns. If you look at historic photos from a city’s founding, you see that cities were built to face away from rivers and waterways. In recent years, we’ve seen a desire to make those rivers the “front door” to the city. Instead of a barrier, people want those rivers to connect and anchor the city. 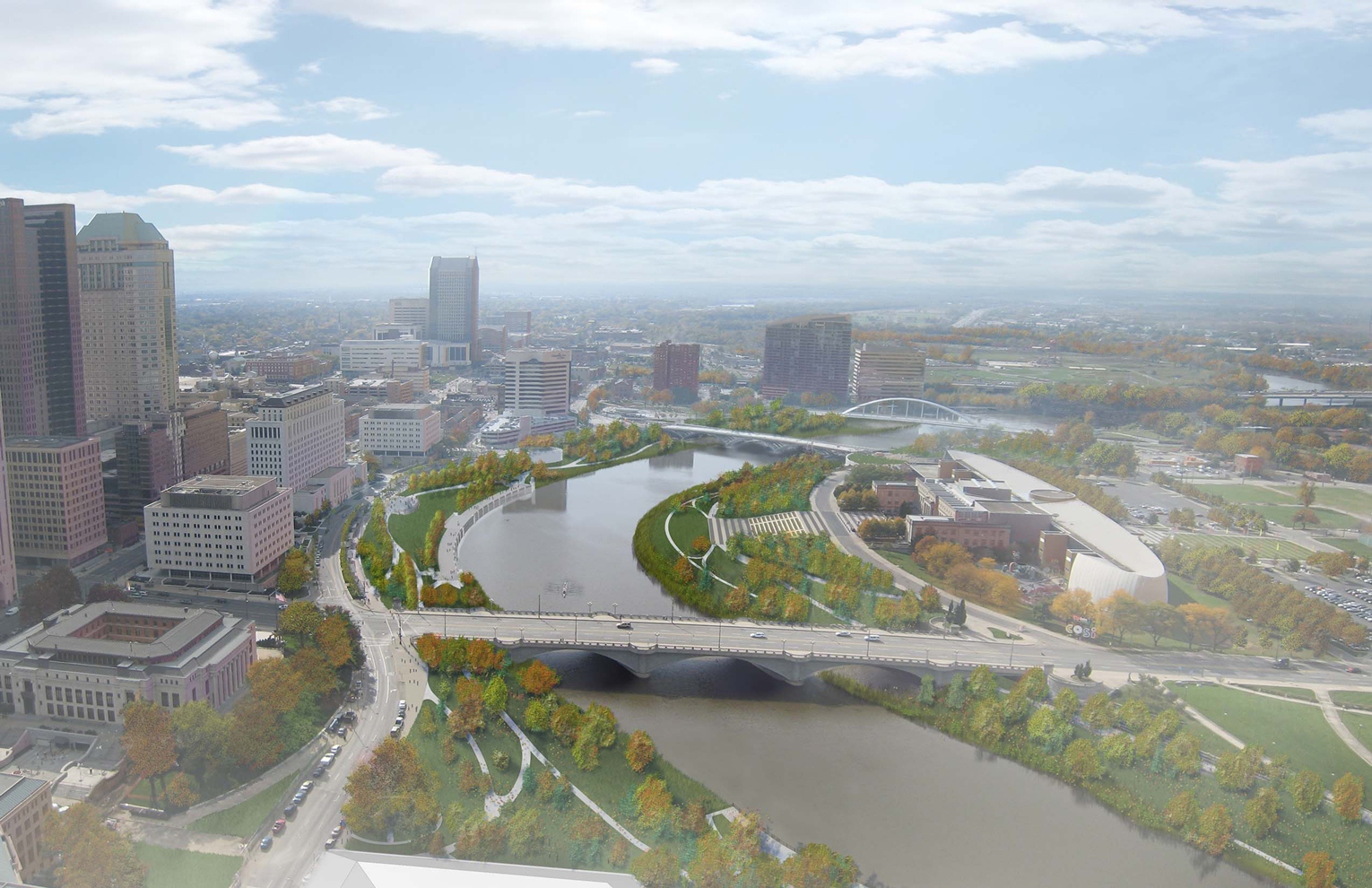 In Columbus, two of our largest dam removal/river restoration projects were motivated by this same shift in public thinking. The Scioto Greenways project in downtown Columbus was spurred by public interest in water quality improvement of the river, and the ability to recreate on the waterway.

As part of the 2010 Downtown Master Plan, public meetings were conducted and comments were received from the community. We were surprised to find that the Scioto Greenways project was ranked as the number one priority by the community. They wanted to reconnect with their natural environment and be able to appreciate the natural areas around them.

As part of this project, our team is creating 33 acres of green space for public use on both banks of the Scioto River, creating walking and biking trails, planting trees and vegetation, and narrowing the river from 600 feet wide to 300 feet wide to create more room for recreational activities. This project, when completed, is intended to transform the landscape of downtown Columbus and feature the river as an integral part of the city.

At The Ohio State University a dam removal and restoration of the Olentangy River on campus is almost complete. The river, once restored, is looked to be used as a new academic learning area for biology and wildlife type classes, and as a recreational area. The college has hopes that the river and surrounding greenspace will become the “next Oval,” the primary outdoor gathering spot for students in the center of campus.

Across the country, dam removal and river restoration projects are improving ecological systems and habitats, and here in our own backyard, we’re seeing these projects create vibrant communities, improve connectivity, and bring people together. 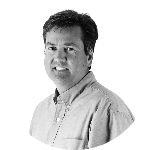 Bryon Ringley is a senior principal and water practice leader in our Columbus, Ohio, office. 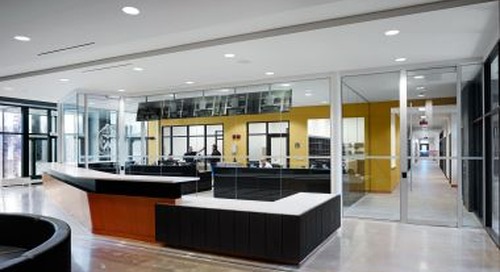 Toronto justice facility playing its part as an urban citizen

Public buildings – including police stations – should be designed as civic landmarks and contribute to the ... 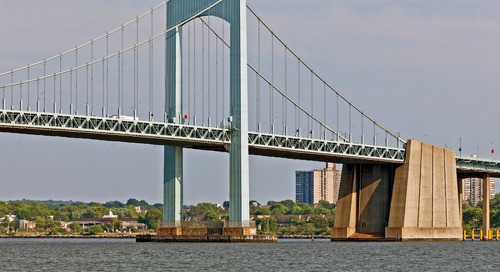 America’s bridge crisis: We need to get creative in funding