On air with Oakes: A Kentucky stream hits the small screen

The story of my TV debut begins decades ago, when I first saw a show called Kentucky Afield. It captured my attention as outdoorsmen hiked through forests, cast their lines, and worked the land; truly living in nature. I wanted to be just like them, to make a difference while exploring and travelling diverse landscapes throughout the U.S.

Today, I am living that life, thanks to the work I do at Stantec. I am an environmental engineer, working to protect the land and water within our communities. It is this work that gave me the opportunity to meet a mentor and appear with him on my favorite television show as a child.

While on a project site in Tennessee last August, my cellphone rang and Stantec’s ecosystem restoration practice leader, George Athanasakes, asked if I could pack my bags quickly and drive to Kentucky. “Why?” I asked. George went on to explain that Kentucky Afield was filming a segment the next day featuring Hatchery Creek, one of our newest stream restoration projects. As a team member for this project, George thought I’d be a good candidate to showcase the project site for the show and answer a few questions.

Few words can describe the sense of pride and accomplishment I felt being asked to do this, but I can say that my short answer was an ecstatic, “Yes!” 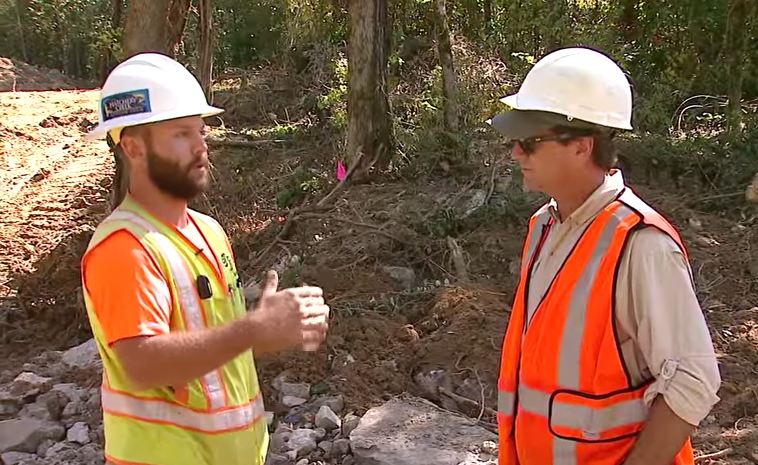 You would think I would be grinning ear-to-ear at this point. That wasn’t exactly the case - I was actually quite nervous. I am a simple, small-town country boy, and I was being asked to represent my company on a statewide show viewed by my friends and family. So yes, I was nervous, and the nerves only grew as I packed my truck and began the several-hour trek from Tennessee to Kentucky.

That drive was long. I had plenty of time to think and worry about the questions I’d be asked and how I could answer in a way that showcased both my passion for what I do and knowledge of the project. I finally arrived at the site, and was introduced to the man I had watched hundreds of times on TV: Kentucky Afield host, Tim Farmer. Trembling, I reached out to shake hands and thank him for representing Kentucky outdoorsmen so well. Turns out, my nervousness went away as we began walking the project site and I realized  Tim was just as friendly off-air as on.

Filming began where construction of our stream restoration was taking place. I conveyed to Tim (and the audience) how unique this project was. A “usual” stream construction project works to make sure the water runs in the right direction and the channel is big enough to handle the anticipated flow. But this project is different, so I described the intricacies of how our design at Hatchery Creek is creating what could become the new “model” for sustainable trout streams.

As I began to talk about the project, my passion was clear. I touched on designing riffles, runs, pools, spawning cover, cut banks, and more.

Tim made it feel like we were having a conversation rather than a formal “interview,” and I nearlyforgot the cameras were rolling. Before I knew it, we were done filming.

So, while the opportunity was unexpected and foreign, my first experience on television is one I will never forget. Looking back, I’m overwhelmed to realize this childhood dream has materialized. I never thought I would appear on Kentucky Afield, especially not for hunting or fishing, but for WORK! This experience reminded me of just how awesome my job is and how grateful I am to work alongside an incredible team of biologists, scientists, and engineers. It’s our team and commitment to community that allows us to design these challenging and important projects for the Commonwealth of Kentucky.

Oakes Routt is a senior project engineer based in Stantec’s Louisville, KY office. 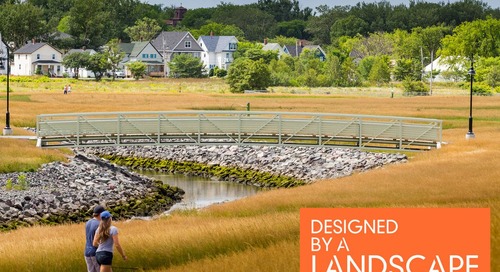 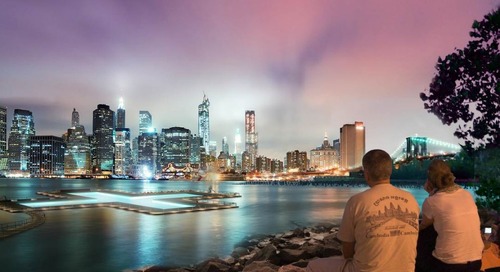 Teaching infrastructure to multitask: A strategy for resilience