Old ladies of the sea

Have you ever wondered where the old ladies of the sea end up when they stop navigating?

The Costa Concordia is being dismantled in Genoa, Italy after the city was chosen between several candidates: in Italy, Piombino, Civitavecchia and Palermo while abroad, Norway and Turkey. Turkey, in particular, which hosts one of the top five areas in the world specializing in large ships demolition, just after Bangladesh, India, China and Pakistan, for over 20 years has been the ultimate destination of Italian military ships. But, as shown later, choosing Italy has also been a guarantee of high environmental and safety standards.

Every year, around the world, more than 1,000 ocean navigation ships are dismantled and the materials they are made of, essentially steel, must be recovered or disposed of. International sources calculate the amount of steel recovered, depending on the ship type, ranges between 72% -81% of oil tankers and 44% -58% of passengers ships (www.rang.org). Recent data value the demolition business higher than $ 6 billion.

Since the profitability of the business is closely linked to the price of recycled steel and to operating costs (human resources and equipment), and, therefore, to the existence of applicable rules and regulations, the logical consequence is that the vast majority of the areas where demolitions are carried out is located in Asia. Countries where costs related to the demolition itself are not impacted by the management of environmental, health or ethics issues, since an adequate legislation in this regard does not exist.

More than 70% of all demolitions of large vessels is performed onshore on the coasts of Bangladesh, India and Pakistan. These are countries where often the exploitation of the lack of environmental standards and safety allows maximizing of profits. The remaining 30% of demolitions takes place in China and Turkey, where the operating standards are definitely higher than those of Bangladesh, India and Pakistan but not yet suitable to appropriately manage safety and environmental risks.

And, speaking of hazardous materials for human health and the ecosystem, we shall highlight especially asbestos (used, for example, for insulation of engine rooms), heavy metals (paints and batteries), hydrocarbon residues (explosives and/or carcinogenic) and TBT (also called tributyltin or Tributyltin and used until 2008 as a biocide in antifouling paints applied on underwater surfaces to prevent the colonization of marine organisms that may increase the friction between the hull and water, resulting in a higher fuel consumption).

Demolitions taking place in Europe are generally related to military boats or other ships under 500 gross tons: tugs, ferries or small commercial vessels that operate locally. There are areas in England, Denmark, Belgium, and Netherlands that were once shipyards and are currently in a position to demolish ships in a sustainable manner providing that hulls are secured before starting the demolition itself (pre-cleaning). In the ​​sustainable demolition area, since 2008, the European Commission has adopted a community strategy aimed at making practices safer for workers and the environment, raising awareness of materials recycling and promoting training in developing countries.

Somehow, choosing a ship breaker is also an ethical and social responsibility matter. In fact, the European Commission has drawn up a plan for the development of an audit system and certification of ship recycling facilities in the world. The EU rules extend to all ships, including military ones, and it establishes a mandatory funding system for the safe demolition of ships.

Therefore, even the old ladies of the sea must deal with the paradoxes of globalization. It is clear, however, that an internationalization of sustainable standards were put in place. Owners could not avoid the ethical and societal obligations arising from it for the benefit of the planet.

This article, written by Emanuela Sturniolo, operations manager in Italy, was originally published in NowHow. To read it in Italian, click here.

Geologist, Emanuela Sturniolo, is the operations manager of the Italian office. She has many years of experience in program and project management and specialized advising for the interpretation and application of rules, regulations, policies and environmental strategies integrated to industrial and/or territorial systems. She is also a specialist in environmental interventions on military sites.

Between 2008 and 2009, as project manager, on behalf of the Region of Liguria and Civil Protection, she has followed the remediation of the main wreck of the oil tanker HAVEN which sank near the Liguria’s coast, north of Italy. 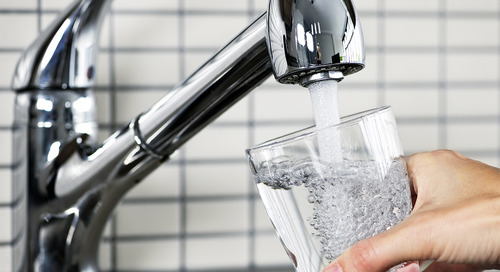 The average daily water consumption in the US isn't sustainable. But there are steps we can all take. 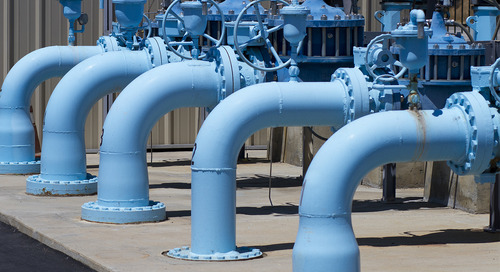 Where does our lack of water infrastructure investment lead?