Home » Blog Posts » How safe is safe enough for autonomous vehicles on our streets?
× Share this Article

As resources continue to pour into the research and development of automated vehicles, we must ask ourselves how safe highly automated vehicles (HAVs)—Level 3-5—should be before they are regularly permitted to roam our streets, transport our friends and family, and interact with the built environment.

This question is of greater concern after the death earlier this year of a Tempe, Arizona, pedestrian killed by a self-driving car. That is a very real and personal tragedy. The emotional toll of the death on this woman’s family, her friends, and her community will be enormous. We offer our condolences.

The tragedy in Tempe will certainly revive the general uneasiness with AV technology. 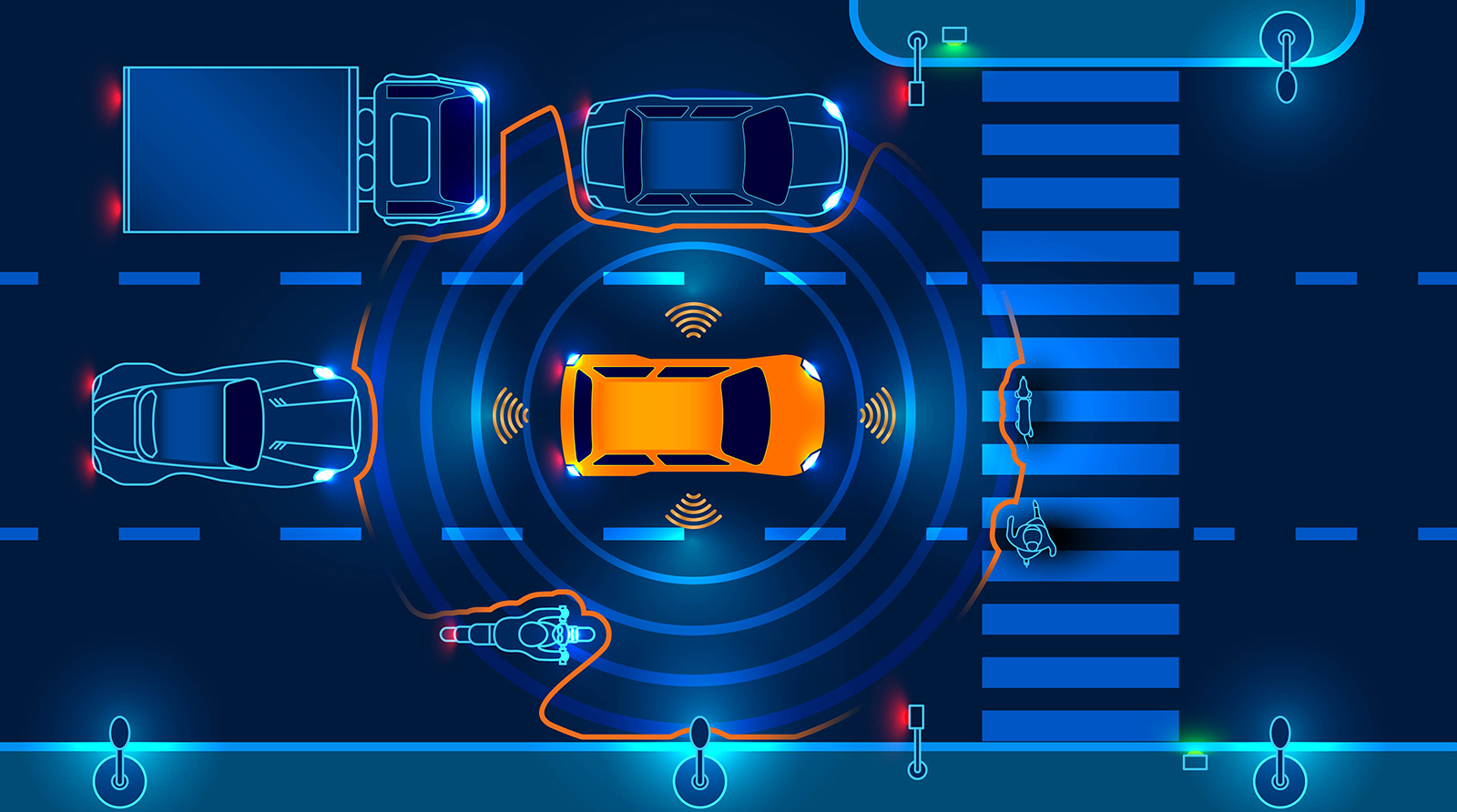 The promise of AVs—one of several promises, actually—is that sensors, software, and vehicles that can monitor the environment and “talk” to each other can wipe out human error and usher in a golden age of transportation safety. But this most recent event raises an awkward question: What happens between now, with 37,000 US traffic deaths in 2016, and then, when, as many observers expect, AVs will dominate our roads?

We must acknowledge that these vehicles will surely be commercially viable before their safety performance peaks. Will they be safe enough for users and regulators?

An individual’s point of view on self-driving cars likely depends on his or her relationship with technology and philosophical outlook. Those trusting of innovation and with a sense of duty to help save lives, will likely be in favor of deploying HAVs as soon as practicable. Those that view new technology with skepticism and are unaccepting of fatalities at the hand of a robot, may vote to only deploy HAVs once they’re proven to be far safer than the average human driver. The RAND Corporation—a 70-year-old global think tank offering objective and analytical solutions to some of the modern world’s biggest issues—in their latest report on the topic, pulls from the thoughts of Voltaire and argues the latter viewpoint is the exact definition of allowing “perfect” to be the enemy of good.

In a purely utilitarian society, rational thinking would permit the deployment of HAVs as soon as their safety performance exceeds that of the average human driver. But we do not live in a purely utilitarian—or rational—society. RAND has recognized this and set out to quantify the effects of deploying HAVs at different levels of safety performance across hundreds of complex but plausible scenarios. They have devised two policy scenarios.

The RAND research team compared hundreds of plausible scenarios. In nearly every scenario, in both short- and long-term timelines, deploying HAVs under an Improve10 policy, cumulatively saves more lives—in some scenarios up to 500,000 more. Only in very few scenarios do the Improve75 and Improve90 policies save incrementally more lives than the Improve10 scenario.

_q_tweetable:If we agree it’s imperative to reduce traffic fatalities in cumulative numbers as quickly as possible, then designing policy and fostering an environment to accept HAVs should be the objective._q_The data does not assert that one scenario is more plausible or superior than another. So, how do we determine the best course of action?

It largely depends on our values and assumptions about how technology progresses. If we agree it’s imperative to reduce traffic fatalities in cumulative numbers as quickly as possible, then designing policy and fostering an environment to accept HAVs should be the objective.

Following are three topics that I believe will help speed the safe adoption of HAVs to meet the aforementioned objective.

Those busy creating self-driving vehicles agree that operating under real-world conditions is important for speedy development—hence the 50 developers that have applied for permits with the California DMV. Real-world VMT is augmented by more efficient, but less effective methods, namely proving grounds and computer simulation. Cities, transit authorities, and MPOs should be eager and willing to help developers and manufacturers validate their technology in real-world conditions. This is already happening in several states and abroad, but I assert that the amount of testing can be safely increased.

By seeking low-risk but valid, real-world use-cases, stakeholders and community members can realize tangible benefits to piloting automated vehicles. Ensuring the operations plan includes a thorough safety and training program is critical to a successful deployment. Objective, third-party validation is the cornerstone to implementing safe and effective automated vehicles programs because oversight is uncompromised.

Policy-makers and other local stakeholders should attract these technologists to their cities while creating a framework to guide long-term implementation. This can be an economic development effort, a parking/congestion management strategy, a multimodal network deployment, or a combination of the above. Exploring creative partnerships and funding mechanisms can make this more rapid and tangible than commonly thought.

A second subject that will need to be dealt with is the public’s perception and level of comfort with HAVs, especially imperfect HAVs. While many people will eventually be comfortable riding in an HAV, the number of people comfortable with a robot-caused road fatality will likely be far less. It is the duty of those involved in the deployment of HAVs to educate the public on the benefits and realities of this technology through marketing, demonstration, and other creative measures.

Cities should set up working groups or conduct public meetings on HAV-related topics, allowing citizens a seat at the table to participate in the dialogue. Regularly engaging constituents early and often while collaborating with local universities and colleges to publish research will help to craft policies and priorities. And, of course, pilot projects with actual HAVs operating in real-world environments will be the best tool in winning over supporters.

Lastly, there is a financial commitment.  HAVs are touted as flexible and adaptable, able to fit within the current built environment. While this is true, some improvements are likely needed.

First, HAVs rely on fast and secure communications networks including DSRC, 4G (or someday 5G), and/or Wi-Fi. Vehicles must communicate quickly and securely with passengers, traffic signals, emergency vehicles, command centers, and each other. Planning to outfit roadways will take capital dollars and a plan, particularly in partnership with telecommunications companies and public safety units. Cities should investigate what it will take to achieve their vision or seek guidance in creating it through these partners.

Aside from information and communication technology, physical infrastructure may need to be updated as well. Planning for a future with crowded and coveted curb space will likely lead some municipalities to rethink their current usage. This also affects parking requirements, as well as existing and planned parking garages, shared-use paths, electric vehicle charging infrastructure, and more. Teaming with those equipped to study, analyze, and recommend improvements might be a quick and efficient option for many locales.

While predicting when HAVs will be commercially available at acceptable levels of safety is difficult, we can at least start taking steps to foster their rapid adoption. Through RAND’s research we know, in most plausible scenarios, deploying HAVs that are at least 10% better at driving than the average human translates to hundreds of thousands of lives saved cumulatively. And, given the rapid rise in distracted driving-related accidents due largely to cell phone usage, it is becoming more obvious that human driving is growing increasingly hazardous.

If we decide decreasing road fatalities while accepting some loss of life at the hand of machines in the interim is our objective, we can make tangible steps to support the deployment of these systems. Helping support technologists by allowing for the real-world operation and testing of their systems, employing creative marketing and demonstration campaigns, and studying and planning for capital improvements will all help prepare our cities for HAVs and help to solve one of the world’s biggest public health crises. 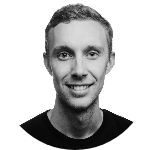 Jonathan Garrett works to develop and launch innovative mobility solutions, such as self-driving vehicles and vehicle control software. He graduated from Arizona State University’s School of Sustainability, where he focused on technology, energy policy, and urban development. 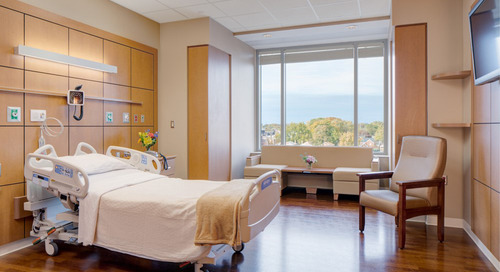 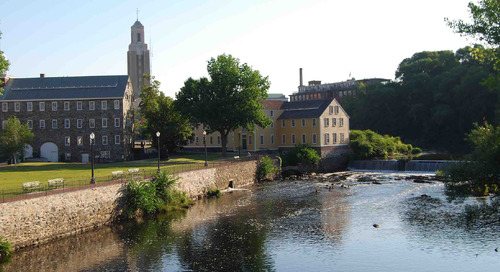 How can we improve combined sewer overflow reporting? We need a smarter approach