Steve Brown, Stantec’s surface water lead for Canada East, will share details of the project at the 68th Canadian Water Resources National Conference in Winnipeg, June 2 -4. We caught up with Steve to learn more about the benefits of the channel naturalization, like his project at Filsinger Park.

Tell us a bit about the old Filsinger Park channel—how did it look and perform compared to the new stream?
Filsinger channel was built in the early to mid-1980s, and was 2.5 kilometres of smooth concrete. The idea was to get water away from urban landscapes as quick as possible, and it was very efficient at doing that. But the concrete channels look very industrial and destroy any natural components of the stream—you don’t see any fish or wildlife along its banks.

Why did the City of Kitchener undertake this project?
Downstream from Filsinger is Victoria Park Lake, the city’s crown jewel. The park is over 100 years old, with mature trees and romantic landscapes, with the lake as the central focal point. The lake kept filling with sediment and had to be dredged constantly. In 2011, we recommended naturalizing upstream concrete channels like Filsinger to reduce this sediment buildup. Concrete channels aren’t just efficient at conveying flows—they also convey sediment. When water builds up in natural systems, it spreads out of the channel, onto the floodplains and slows down. Any sediment brought out onto the floodplain gets incorporated into the soil, which is good for the vegetation, and it’s kept out of the lake. 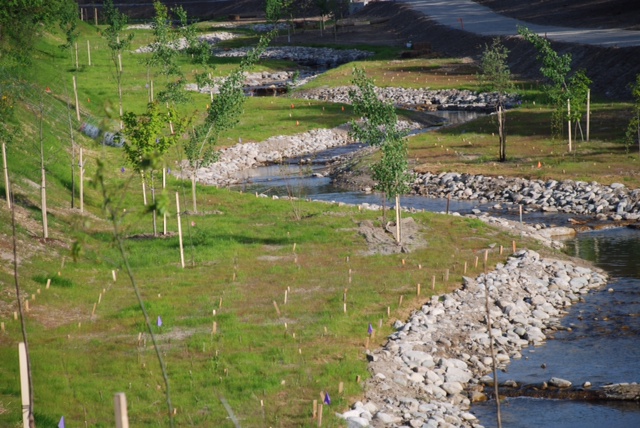 The naturalized channel after construction

How does the naturalized channel improve the area?
The channel is wider, with lots of bends and meanders. It’s got some pools and water flows so that it sounds like a stream again. There’s also a major trail network through Filsinger Park that was integrated into the new channel, along with new pedestrian bridges in the park. With the concrete channel, there was no habitat. You might get a few ducks paddling by eating algae. The naturalization process almost by default improves habitats for trees, plants, birds, and fish. Naturalization will significantly increase plant density, and the long-term stability of the channel depends on the plants on its edges. Those roots hold the bank together, they provide food and nutrients for the fish, and are a habitat for the birds and terrestrial animals. And all of that creates an environment people want to visit, too.

What has been the public’s reaction to the stream naturalization?
A lot of people said, “Don’t do it. It’s a waste of money; you’re going to increase flood levels.” But now that people are getting back out into the park after a cold winter and are seeing what’s been done, the comments have been overwhelmingly positive. Sometimes you don’t hear good news, so it was nice to hear. In hindsight, I think a lot of the initial reaction was because people didn’t understand what we were planning. We didn’t have many good local examples of what naturalizing these streams can do, but now we do—this is a very good one!

What made this project special?
The 2013 ice storm did a ton of damage to trees across the city. Instead of having the wood chipped or burned or landfilled, the material has been re-used in all of the banks of the stream. We used 725 meters of this material in our channel banks. The bends each have a structure of woody debris to provide structure under the water surface, minimize erosion, introduce nutrients into the system, and provide habitat and food for fish. We were able to take this damage and turn it into a new and natural community. 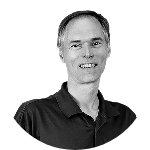 Steve Brown is Vice President of the Ontario branch of the Canadian Water Resources Association. 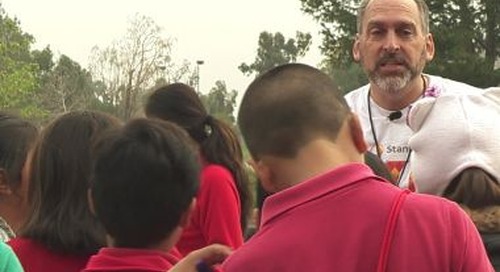 Dale Watson tells how hockey and engineering come together to teach kids about STEM careers. 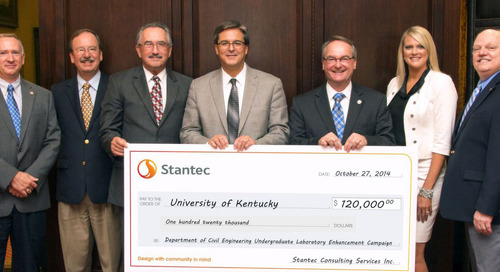 Supporting our schools: Never forget where you came from