Can technology, including Unmanned Aircraft System (UAS), often called drones, help us mitigate future disasters? Absolutely. In 2017, one of our drones captured a picture that was worth a thousand words. That pivotal image supported the development of new wind design maps for Puerto Rico. These maps were adopted into the 2018 Puerto Rico Construction Code and now serve as the standard for billions of dollars of ongoing reconstruction.

So, at the end of the day, a drone image has played a key part in helping Puerto Rico build back more robustly, and with greater resilience. How?

Hurricanes Irma and Maria had devastated Puerto Rico in 2017. Our team of experts were on the ground to assess building performance following these back-to-back Category 5 hurricanes. Our goal? To develop recommendations for how to build a more resilient Puerto Rico. 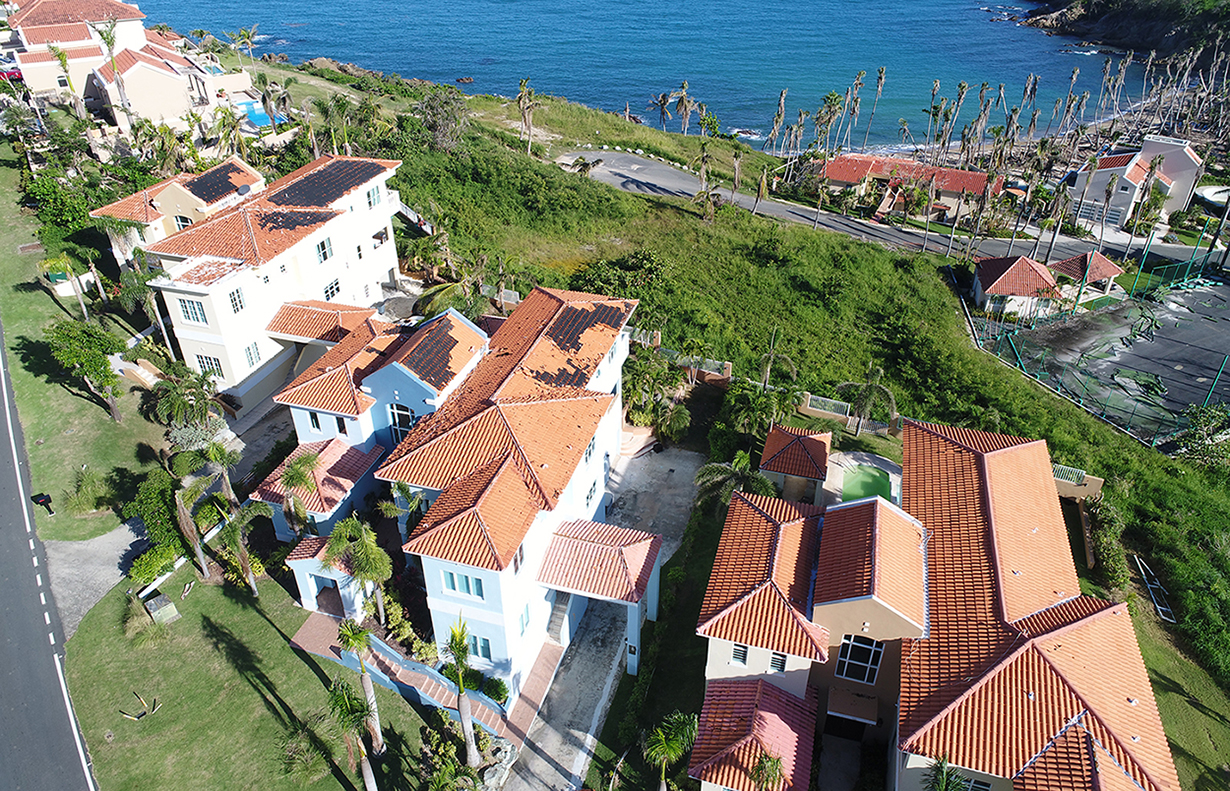 This drone-based picture of damage in Puerto Rico was remarkably straightforward in its depiction of topographic wind speed-up damage.

First, let me explain the situation. As a contractor to the US Federal Emergency Management Agency (FEMA), I have the responsibility to lead a team of experts called the Mitigation Assessment Team (MAT) following major disasters in the United States. In late 2017, following Hurricanes Irma and Maria, this involved a trip to the US Virgin Islands and Puerto Rico.

_q_tweetable:As powerful as those pictures were, capturing pictures only begins to scratch the surface of what we can achieve with drone technology._q_In Puerto Rico, the team faced a unique set of challenges including access limitations to key locations, often in mountainous areas. Thankfully our MAT team included my colleague Hayden Gower, who is an FAA-certified drone pilot. A drone can capture pictures of buildings that you can’t always access on foot or by vehicle—that’s a definite informational and safety benefit. Once we received the proper authorizations, we flew the drone and collected pictures of buildings impacted by flooding, landslides, and topographic wind speed-up.

What is topographic wind speed-up? This is the phenomenon of wind speeding up as it travels over topographic features such as a mountains or hills. It’s like the “wind tunnel effect” where wind funnels between buildings and speeds up. The MAT documented evidence of wind speed-up throughout the island and observed widespread damage in areas with significant topography.

One drone-based picture of damage in Puerto Rico was remarkably straightforward in its depiction of topographic wind speed-up damage. The picture was taken in Palmas del Mar, a planned community on the east coast of Puerto Rico, near Hurricane Maria’s landfall. The community has an architectural requirement for clay tile roofs, which can become wind-borne debris if they are not designed and installed to meet hurricane-force winds. Well, our drone captured an aerial picture of three homes in the community that had roof damage from high winds during the hurricane. The homes at the lower elevations had fewer clay tiles missing from their roofs, while the home at the highest elevation lost more clay tiles. This aerial, oblique viewpoint of the three homes was the perfect picture to document and explain the effects of topographic wind speed-up in Puerto Rico. 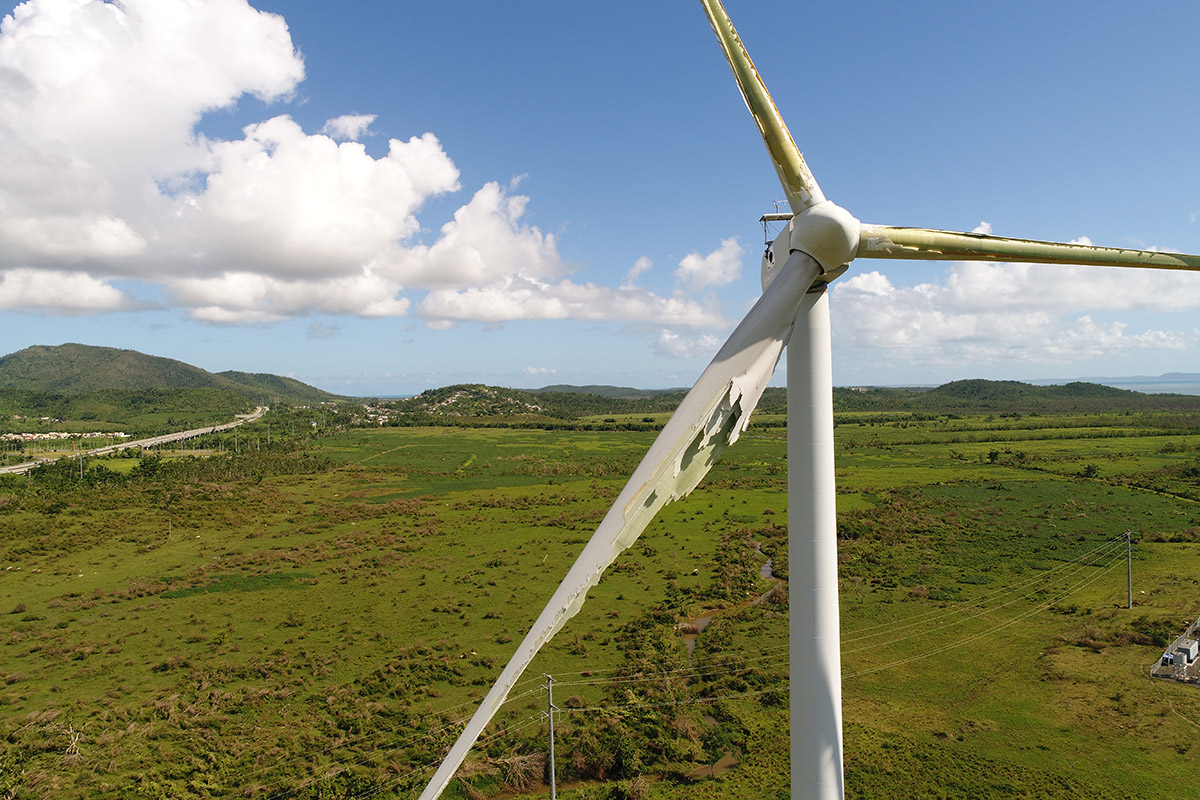 Hurricanes Irma and Maria had devastated Puerto Rico in 2017. Our team of experts were on the ground to assess building performance following these back-to-back Category 5 hurricanes.

Following the fieldwork, the MAT collaborated with the Commonwealth of Puerto Rico and industry stakeholders to develop FEMA P-2020 | Mitigation Assessment Team Report: Hurricanes Irma and Maria in Puerto Rico. This publication documents building performance in Puerto Rico after the hurricanes and provides 46 suggestions on rebuilding more resilient communities. One recommendation was to develop new design guidance for wind speed-up in Puerto Rico. The drone picture of the three homes was prominently discussed in Puerto Rico Construction Code Committee hearings. The photo was also included in technical presentations to the Professional College of Engineers and Land Surveyors of Puerto Rico. Local officials, engineers, and architects acknowledged the presence of topographic wind speed-up on the island and advocated for new wind design maps in the 2018 Puerto Rico Construction Code.

So, there you have it. Drone technology can play a key role in disaster mitigation. But the amazing thing is, the way our team utilized drones in this wind design mapping work was quite straightforward. As powerful as those pictures were, capturing pictures only begins to scratch the surface of what we can achieve with drone technology.

Watch for the next blog in this series by my colleague, Rose Hart, to learn more. 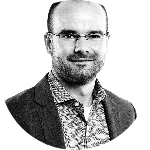 Stuart Adams is a project manager and structural engineer with an expertise in wind, flood, and seismic mitigation. He serves as our program area manager to the building science branch of the Federal Emergency Management Agency (FEMA).